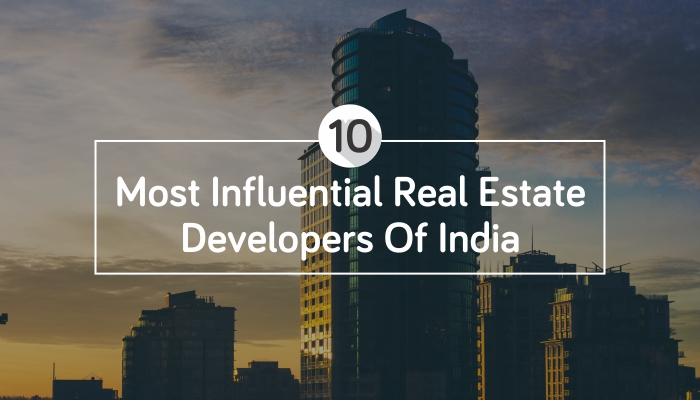 India is one of the powerhouses in the world when it comes to Real Estate Industry where the market size is expected to touch US$ 180 billion by 2020. It is also the second largest employer in the country, slated to grow at 30% over the next decade!

Companies like HDIL, Sunteck, Oberoi Realty, to name a few, are some of the leading names in the industry. Today, let’s take a look at these real estate developers that have played the most crucial role in bringing Indian Real Estate into the global market.

Starting from the scratch to tasting success, here is a look at the top 10 real estate market leaders in India.

After this title from Construction world – NICMAR in 2007, the company has been living 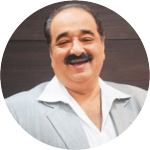 upto its title by catering to a diverse set of customers and building a colorful portfolio.

Be it premium commercial projects, townships for housing India’s middle-class families or affordable housing for the bottom of the pyramid, the slum rehabilitation projects, this company has done it all. HDIL recently entered into leisure (HDIL Leisures) and multiplexes (HDIL Entertainment) and has become a role model for anyone entering in real estate. For these exceptional reasons, Mr. Rakesh Kumar Wadhawan, Chairman of HDIL was felicitated by the prestigious Rashtriya Rajiv Gandhi Award. 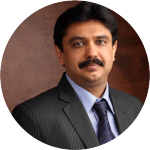 The King of Contrarian Calls – Going 15 years strong, with a development portfolio of about 25 mn sq. ft., Sunteck Realty Limited is led by Mr. Kamal Khetan, a first generation entrepreneur. Combining his natural flair in realty, with an astute sense of finance and management, he differentiated the brand in itself through strategic and brand partnerships like Piramal Realty, Kotak Equity, and Disney.

Set apart from his counterparts for taking ‘Contrarian calls’, he is guided by the principle of adding value to stakeholders. He is associated with numerous industry bodies such as ‘Young Presidents’ Organization, MRICS (Member of Royal Institute of Chartered Surveyors), Indian Merchants Chamber (IMC) and Council of Governors board of Asia Pacific Real Estate Association (APREA).

His benevolence and compassion are demonstrated in his contribution towards society and the numerous corporate social responsibility initiatives the company has undertaken under his leadership.

Pune’s Largest Developer – An organization is known by the vision that drives it and vision partners who go out of the way to realizing it. At Kolte-Patil Developers, they have a league of vision partners blossoming under the dynamic leadership of Mr. Rajesh Patil.

Founded 2 decades ago, Kolte-Patil Developers Ltd is one of the foremost real estate companies which is headquartered in Pune and has till date built projects in multiple segments such as residential, commercial, retail, IT parks, and integrated townships.

The deep rooted mission of the company is to dedicate itself to create spaces that blend in with the surroundings and exude vitality and aesthetic appeal which led them to win Realty Plus Excellence Award and Luxury Project of the Year award in 2013. 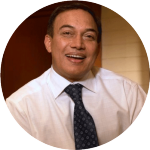 The Most Preferred Real Estate Brand– With a legacy of 40 years, Puravankara Groups is determined to make growth appreciable, profitable and sustainable under the leadership of Mr. Ravi Puravankara.

Putting people at the heart of everything they do, Puravankara Group has taken the real estate industry by storm. An ISO 9001 certification by DNV and DA2+ rating by CRISIL, Puravankara Group is among the ‘most preferred’ real estate brands in both residential and commercial segments. The company has successfully completed 36 residential/commercial projects spanning 7.80 million square feet.

Since its inception in 1975 in Mumbai, it now has established a significant presence in the metropolitan cities of Bangalore, Kochi, Chennai, Coimbatore, Hyderabad, Mysore. In overseas, they have their presence in Dubai, Colombo, and Saudi-Arabia. 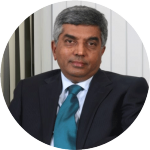 Setting Quality Standards in Real Estate: Under the leadership of M.R. Jaishankar who has over two decades of experience in real estate, Brigade Group has created a uniquely diverse multi-domain portfolio covering property development, property management services, hospitality, and education. The Brigade team has grown 1000+ strong.

Established in 1986, with property development as its main focus, Brigade Group is now one of South India’s leading property developers. Headquartered in Bengaluru, their branch office is spread to several cities in South India, a representative office in Dubai and an accredited agent in the USA.

From being the first to implement the SAP package to being the first to introduce the enclave concept to Bengaluru, Brigade Group have won four Awards at CNBC AWAAZ 201. They were also awarded India’s “Best Companies To Work For 2014” by the Economic Times. 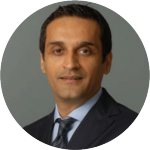 Connoisseur of Real Estate Growth In Mumbai: An awardee of India’s Top (young) Builders and an alumnus of Harvard School of Business, Mr.Vikas Oberoi is a seasoned real estate developer heading Oberoi Realty as the Chairman and Managing Director since its inception. Their mantra for success can be credited to Mr. Vikas Oberoi’s passion for design where he gets involved in every project and envisions it as if he were to personally use it.

Oberoi Realty is a real estate developer based in Mumbai, India which was initially incorporated in 1980 as Oberoi Constructions and later changed to its present name. It has won over 9 national recognition and appreciation from the real estate industry and peers.

Oberoi Realty has become a leading company in India’s real estate space with over three decades of experience in real estate. Dealing both in office and living spaces, the company has developed over 36 projects at strategic locations across the Mumbai skyline aggregating about 6.5 million sq ft of spaces. 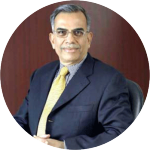 Putting Quality Above Anything Else: Heading the reputed Sobha Developer is a first generation entrepreneur Mr. PNC Menon who started the company in 1994. Under his leadership, Sobha became the first Rs 10 billion (US$ 162.77 million) real estate brand in South India in 2004. A company that started as a small enterprise 20 years ago is presently a force to reckon with in the Indian real estate industry.

Mr. Menon is an asset not only to Sobha, but also to the Indian Real Estate Industry as he helped shape the future of the real estate sector in India with his eye for detail and determination to persistently deliver best-in-class products. Mr. Menon has also won a plethora of awards including the ‘Golden Peacock Lifetime Achievement Award for Business Leadership’ by the Institute of Directors in 2014 and the ‘Lifetime Achievement Award’ in 2013 at the NDTV Property Awards.

Honoured with over 130 prestigious awards by various reputed institution, Sobha has completed 94 real estate projects and 251 contractual projects covering about 6.06 million sq m of area. Sobha has made a footprint in 24 cities and 13 states across India. 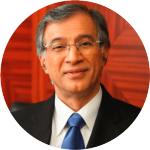 The Innovators Of Indian Real Estate Industry: One of India’s largest real estate developers, Hiranandani Developers is a part of the Hiranandani Group, which was founded in 1978. Led by Mr. Niranjan Hiranandani and Mr. Surendra Hiranandani as its present managing directors and also the co-founders, the company has a flagship of business of construction with a pan-India as well as an international presence. 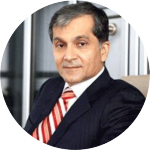 Hirandani Developers has ushered in an era marked by higher standards of living and global lifestyles by continually pioneering newer technologies, bold design and precision engineering. They introduced copper plumbing in India for the first time, and also the use of fly ash in concrete.

Hiranandani has a dedicated and experienced team of over 1,600 people employed in its diverse community. Banking on its people for the immense success, the company lives up to its mark of building a beautiful India. 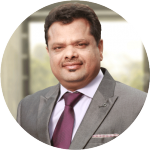 Redefining Lifestyle of People: Omaxe is one of India’s leading real estate development companies started in 1987 by Mr. Rohtas Goel. Currently, the company has a workforce of over 2,400 with varied skill sets. Making its mark with landmark projects and engineering marvels in metro cities, Omaxe Builders Private Ltd has set its footprints in 9 states across 30 cities in India and delivered more than 90 million sq ft.

The man behind the massive success is Mr. Rohtas Goel, a first generation entrepreneur, and CMD of the company. Under his leadership and passionately guided by its mission of delivering new-age homes to fellow Indians, Omaxe Builders Private Ltd is focused on the housing needs of common man not only in Tier‐I cities but also in destinations that are new to organized real estate.

The company is currently executing 42 real estate projects, among which are 16 integrated townships, two hi-tech townships, 14 group housing projects, 10 shopping malls and commercial complexes and hotels. In just a short span of time, Omaxe is on the right track of turning dreams into reality. 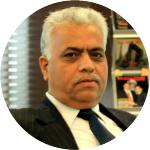 Setting New Trends of Architectural Finesse: Founded in 1988 by Mr. RK Arora, Supertech Limited is becoming one of fastest growing real estate developer in India. They have a major presence in Uttarakhand (Uttar Pradesh) and Haryana in the north and have also started constructing a project in Bengaluru, in the south of the country as well.

Under the dynamic leadership of Mr. RK Arora, Supertech became the first Indian real estate developer to introduce the precast technology, enabling them a hindrance-free construction in any season that saves up to 64% of time as compared to that of a brick house. They also introduced the jump-form technology which fastens the construction process of any high rise building.

Over 25 years of service in real estate, Supertech Limited has tied-up with the world’s best names in the fields of architecture, design and technology. The company has already converted more than 33 million sq ft of residential and commercial entities, with over 60,000 satisfied customer base. Supertech has set a delivery target of 16,000 units for the financial year 2015-16.

The real estate market in India is set on a high curve for growth as the demand for residential and office space is increasing. Also, according to the Planning Commission estimates, about 600 million people will live in cities by 2030. This means there will be an increasing the need for more affordable housing leaving the real estate industry with a large gap to meet.

The big question now remains- can we expect them to come up with more innovative design and technology to meet the projected need? It will be interesting to observe how these real estate developers tackle the demand.