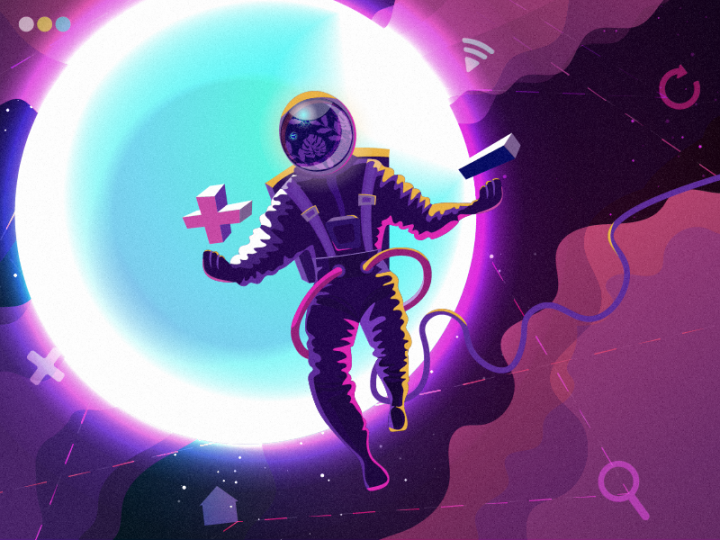 Let’s face it: the admin panel is one of the most critical components in a web application; sadly, building it is also the most tedious job in the world. Now, developers don’t mind creating forms for sure, but if there are more than a few, it’s enough to make one cry. Forms, controllers, validations, styling . . . the cycle never seems to end as the deadline creeps ever closer.

There’s no shame in admitting that you loathe creating CRUD parts of your application. But if you’re a Laravel developer, you have a very good reason to smile: Nova.

The What and the Why

There are several admin panel and CRUD generators available for Laravel artisans, but the struggle is always real. The selection of an admin panel UI is a project in itself, let along climbing the mountain of coding out everything. As usual, the Laravel core team has been listening, and has finally delivered a neat solution.

[For those who want to relive the magical moments, (and have  90+ minutes to spare!), the Laracon 2018 talk by Taylor Otwell is available here.]

Nova isn’t just an admin panel. It’s a Laravel-aware admin package with lots of goodies built right in. Let’s have a quick look at how it helps create incredibly useful and pleasant admin panels in record time.

While even basic CRUD generators can directly work with your database models, Nova goes a few steps further. To begin, full-fledged resource management is built right into Nova, which means working with databases need not be a chore. Even better, Nova recognizes that sometimes we need extra information to be stored in the pivot table, so it supports such relations right out of the box. Otwell says that they’ve done their best to cover all edge cases. But honestly, even if all edge cases aren’t covered, relationship-aware resources are a major relief.

Laravel developers are used to the Eloquent fields such as string, boolean, timestamp, file, etc. Nova takes this to the next level, offering fields such as Markdown, Code, Location, and more. In other words, if you need to store, say, location, there’s no need to wrestle with the backend; just drop in the Location field and you’re good to go!

An admin panel is nothing without a search facility, and any developer worth his salt knows how much time and effort even a rudimentary search function takes. No more! With Nova, searching is a first-class citizen in your admin panel. While NoSQL search stores are supported by default, you can also integrate with Laravel Scout and enjoy turbocharged search experience.

The best part? Nova’s search function is aware of model relationships! If you search for Categories, for example, the engine also searches across the associated Products. Now, that’s cool!

Apart from this, there’s a global search function that searches across pretty much everything.

Actions (and who did what)

Perhaps the most killer feature of Laravel Nova is the Actionable trait. You can think of this as a simplified form of the Command pattern. Actions are simple classes that use this trait, and thus, end up with a handle() function. Complex actions that span multiple resources can now be written inside this function.

And how does it help? Well, here’s the absolute magic: Once actions have been defined, these appear as a drop-down in the Nova panel, letting the admin fire an action with just a single click!

As if this wasn’t enough, Actions also have a built-in audit trail that logs the user that fired that Action and the timestamp. So, the next time you want to see who issued that unapproved refund, just ask Nova!

Laravel developers are no strangers to Scopes, which let you attach extra queries with your models. While the feature is great, the rub is that it hard-codes into the model, so if don’t want to use it, for example, you end up writing separate code or queries.

Nova solves that problem by providing Filters. Just like Scopes, Filters are extra queries on models, except that these can be attached or detached from the admin UI!

Custom reports are a fact of life when building an admin panel, and here too Nova does a lot (if not everything) for you. Lenses are an abstraction over DB queries that allow you to generate your own interpretation of an underlying model. A Lens can define new “views” for the same model, and can even have its own custom fields. You, of course, need to tell Nova how these custom fields are calculated.

Nova also simplifies calculation and display of metrics. For instance, if you want the User model to also display the trend of total number of users per day, all you need to do is this:

With this, the graph for users per day will be automatically generated and displayed!

There’s so much more to Nova that it’s not possible to cover it all in one post. But just in case you feel that you need to customize Nova even more, we suggest you head over to Nova Packages before you start reinventing the wheel!

Is there a catch?

Yes, there is, but a very minor one. Nova isn’t available for free for live projects. If you’re a solo developer, you can get it for $99 per site, while if you’re a business with annual revenue of more than $20,000, Nova will cost you $199 per site.

But, honestly, considering what tremendous value Nova brings to the table, the price is laughably small.

If you’ve ever been in a Django vs. Laravel debate (admit it!), the admin panel always comes up as a counter-argument. Well, no more! With the likes of Scout, Dusk, Mix, and Forge, Nova joins the league of extraordinary packages (no intended reference to the PHP project with a similar name!) released by the Laravel core team.

We generally stay away from predicting the future, but it does look likely that Nova will have the kind of impact on Laravel development that Laravel had on PHP web development!

The frontend is all about the parts of the website a user sees and interacts with. Frontend frameworks also referred to as “CSS frameworks”, are packages containing the pre-written, standardized code in files and folders that help to build the frontend of websites. They give developers a base to build upon while still allowing flexibility in the design. Typically, front-end frameworks contain the...

SEO stands for “search engine optimization.” It is the practice of increasing both the quality and quantity of a website’s traffic, as well as exposure to a brand, through non-paid (also known as “organic”) search engine results. Search engines like Google, Yahoo, Bing, etc. are essentially answer-machines. They scour millions of pieces of content and evaluate thousands of factors in...

Businesses today run a parallel life in the digital world as much in real life. Businesses spend a lot of time and money in managing websites and connecting with customers. A content management system (CMS) allows you to create, edit, manage and maintain website pages on a single interface. The history of CMS can be traced back to the early 90s. Since then a lot of progress has been made in...

What if I tell you that 1 second of delay in your webpage loading could cause you a sales loss of $2.5 million a year if your estimated sales in $100,000. You would have turned a blind eye to this statement if we were talking about the time, maybe five years ago, but in this world where people are so concerned about the loading speed that they tend to move away from the web page if it takes more...

Even if you think society has become too obsessed with the Internet, you cannot deny that it has brought many amazing changes to the world. From being able to do your shopping on your phone, to organizing party invitations and so much more, the Internet is becoming a bigger part of your life day by day. There is no question that the Internet has been growing at a rapid rate, however you might not...

Nowadays, eCommerce is equally, if not more important than, physical stores and should be treated as such. Just as it would be unacceptable to run a dirty store, with outdated design and a counterintuitive layout, an online businesses must care about first impressions and the overall way they conduct their operations with potential online customers. The benefits of carefully thought out web...

A lot of new inventions mark their presence every day in this technological world. A few of them are outstanding while others don’t fit the user’s requirement. Chatbot- a machine learning technology which has emerged as a powerful virtual assistant reducing the human effort in customer support and many other sales and marketing areas is evolving drastically. If you are planning to integrate this...

Today, it is impossible to exist without the internet. Since its introduction in 1992, the internet has become increasingly relevant to our everyday lives. Now more than ever, human beings are highly dependent on the internet. We use it for everything. From searching out new information down to passing across information to other people, the internet is a mainstay. Today, there are smart homes...

E-Commerce has grown exponentially over the years. Now, it’s growth is predicted to shrink little by little until 2021, but its total dollar value in sales will still be a whopping $4.8B. Mobile and Multi-Channel While the move to mobile-first is well underway, research shows that people still prefer to make purchases using desktop. They use mobile devices to research about products. This gives...

The world of technology has reached such a height where almost all day to day activities are carried on using the same. Similarly, the application landscape has reached its evolvement stage and due to this, the users have stopped accepting failures. Similar is the case with the platforms on which these applications after working. A less responsive platform is never taken as a favorable platform...