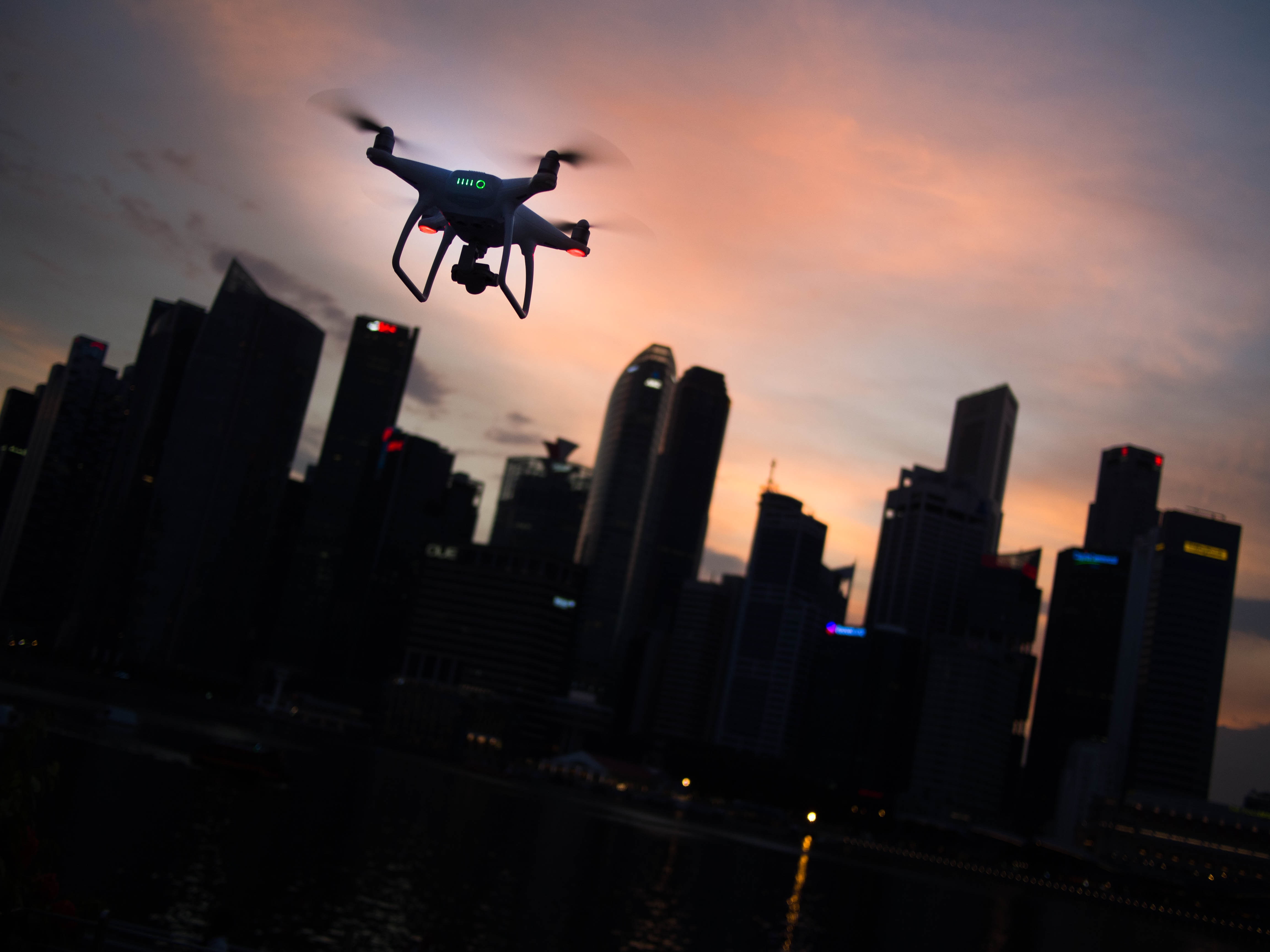 Technological advancements generally induce inquisitiveness in people from all walks of life. It’s remarkably astonishing to have the power to retrieve any piece of information just on time from anywhere and communicate in a thousand different ways using a device that fits in your pocket.  There has always been some technology trending from time to time and we can’t help but wait and wonder what technological marvels are coming next. Here are listed 2018 technology trends which will surely amaze us with their evolution.

In a world where messaging is a persistent and prime mode of communication, the users of messaging apps like Whatsapp, Skype are skyrocketing.  With this outspread of messengers, Chat bots will become the primary way for customers to communicate with businesses. Bot is any software that performs a task without human interference.  And when it is employed with chat messengers it gives rise to Chatbots. According to Oxford dictionary, Chat bot is a computer program designed to simulate conversation with human users, especially over the internet.  Informally, chat bots facilitate interaction with humans.

These are virtual assistants or a companion that integrates with businesses to help them automate some of their routine tasks easily. Today, none wants to squander their time and so chat bots are a great creation. Chat bots can communicate through auditory and textual methods. They have tremendous speed of processing and integrating them with business has escalated business in gaining customer’s loyalty. They help in concocting plans for business tasks like organising meetings, collect information about users and also reduce overhead costs. Apart for their business utilization, Chat bots are fun to use. 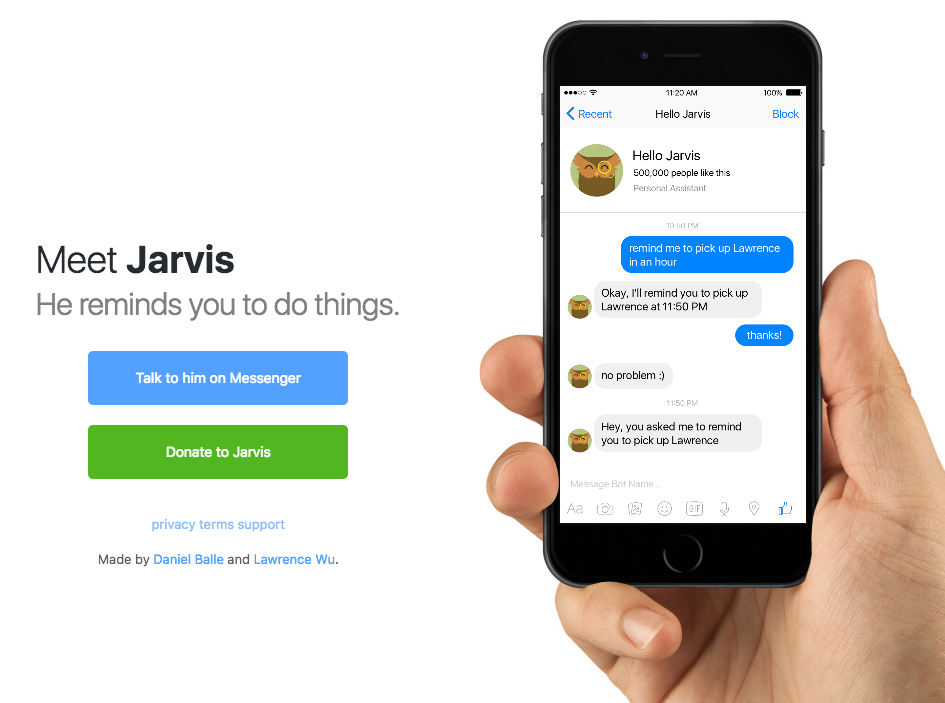 Consumers fancy them for their fast processing time and also because they provide assistance and access to information smartly and efficiently. The novelty of chat bots sparks curiosity and consumers want to explore the abilities of chatbots by interacting with them. Amusingly, chatting with chatbots also helps avoid loneliness. Some of the famous chat bots are Eva by HDFC bank, State bank of India’s SIA chat bot, Yatra’s bot in the e-commerce sector and many more.

Get Chatbot for Business
Outperform your competition with our latest technologies. Get chatbot for your e-commerce business or your customer support. Integrate with your website or Facebook Messenger.
See Demo

Augmented reality is one such jargon which is often confused with Virtual Reality (VR). Actually, there is a slight difference between AR and VR. VR takes you into an entirely virtual world which has got nothing to do with the real world. On the other hand, AR ‘augments’ or more specifically ‘enhances’ the view of the existing real world environment. AR reshapes one’s current perception of real world environment whereas VR replaces the real world environment with a simulated one. VR is a computer generated simulation or replacement of one’s environment. For example, you put on a headset which is basically a VR hardware which then blocks out your world view and substitutes a digital world as designed. This compels your senses to believe in that digital world and from the point of view of your brain you are somewhere else. It’s a form of mental teleportation. 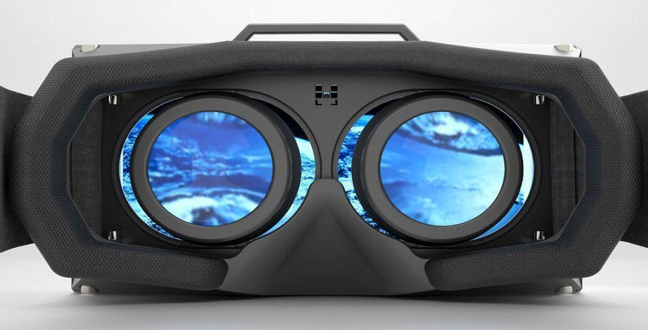 AR focuses on enhancement of your real world environment with the set of magical virtual objects in it. When a person’s real environment is augmented with computer generated images, that’s Augmented Reality. If you have used Snapchat lens face filters then you have already used primitive form of AR. With AR, objects can be resized or they can even appear on tables, information can be displayed on floating windows and much more magical than imagined. 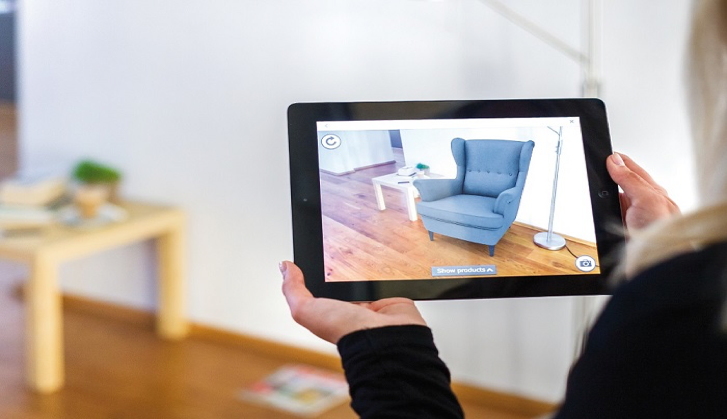 With AR, solution for the hassle of choosing products while buying online on e-commerce websites comes handy.  AR implements a touch and feel element to e-shopping which makes the whole process of buying the products hassle-free for customers. Technically, augmented reality (AR) is a live direct or indirect view of a physical, real-world environment whose components are “augmented” or “enhanced” by computer-generated perceptual information, preferably across multiple sensory modalities, including visual, auditory, haptic, somatosensory, and olfactory 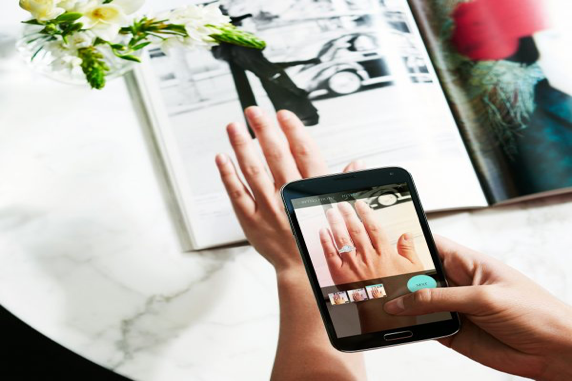 Got an Augmented Reality App Idea?
We can help you make your idea into reality

RPA is an acronym for Robotic Process Automation and is quite a buzzword in today’s business and industry. RPA is all about automation that is performing activities without human intervention.RPA is assembled from three words: Robotic, process and automation.

Let us consider an example of a Data Entry Employee. The job of a data entry employee is to collect data from multiple sources and aggregate them inside one file. So, basically this employ will do the same number of steps everyday from collecting data to aggregating them in a single file. Now, if we automate this task of entering data through a robot, machine or a RPA tool then the processing time will be comparatively less and it will be cost effective as well. Because, machines never get tired of working and they can produce more accurate results. 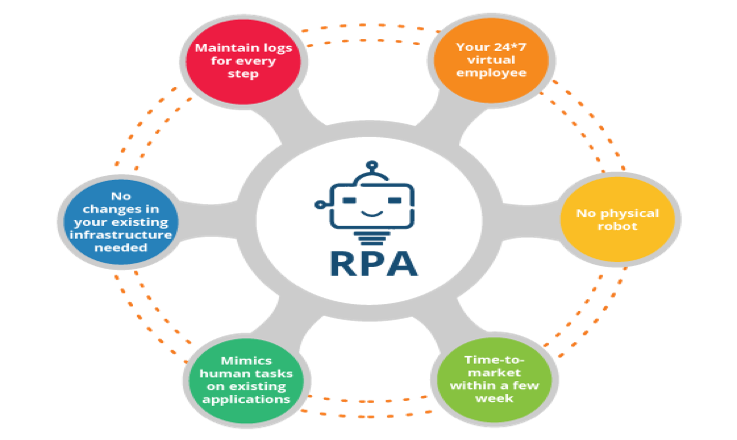 In a nutshell, RPA saves cost because it costs a lot less than an employee, more accurate in lesser time and is easy to implement and learn. The arrival of RPA will attenuate human workforces but apparently will not supersede them. Enabling RPA in organizations will definitely streamline its workflow. Because of its robust and persuasive facets it will have a great economic effect by the year 2025.

Amazon, the leading online shopping king and the arch rival of many online shopping websites just launched its new technology named Amazon Go.  This technology’s prime rationale is to induce a completely new way of shopping by just walking into the store, grab the item you want to have and just go. The Amazon Go grocery store has this very fascinating catch-phrase “No lines, No checkouts.” In the Amazon go grocery store one needs to use the amazon go app which can be downloaded for free and then get it installed. To enter the grocery store one needs to use the amazon go app and then just put away his phone and start shopping. Customers enter the turnstiles by scanning the QR code. You can shop anything you like.  Anything you pick up is automatically added to your virtual basket. In case, you change your mind of not picking up a particular item you can just keep it back and it will be automatically and dynamically updated in your virtual basket. 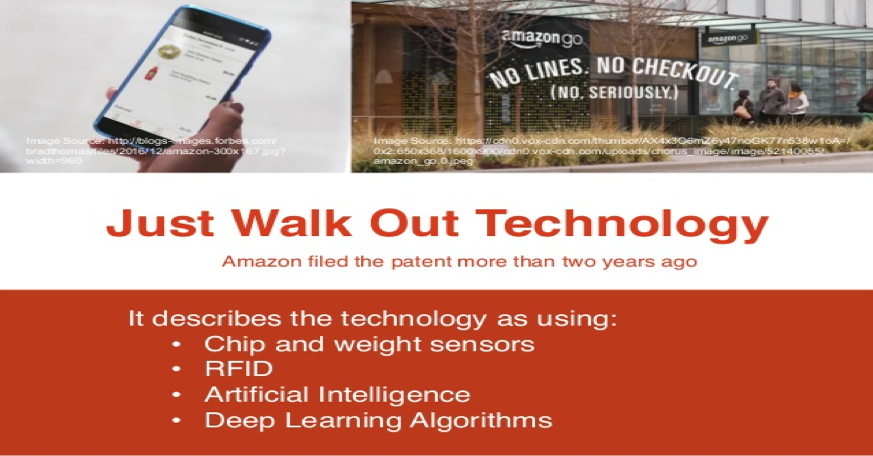 Blockchain technology is an irrefutably ingenious invention and it was implemented as a core component of Bitcoin where it serve as a public ledger for all transactions. It is the platform that enables Bitcoin (digital cash) and other crypto-currencies to be exchanged. By design, Blockchain is unsusceptible to modification of data. It is an open, distributed ledger that can record transactions between two parties efficiently in a confirmable and permanent way.  Decentralized consensus has therefore been achieved with Blockchain. 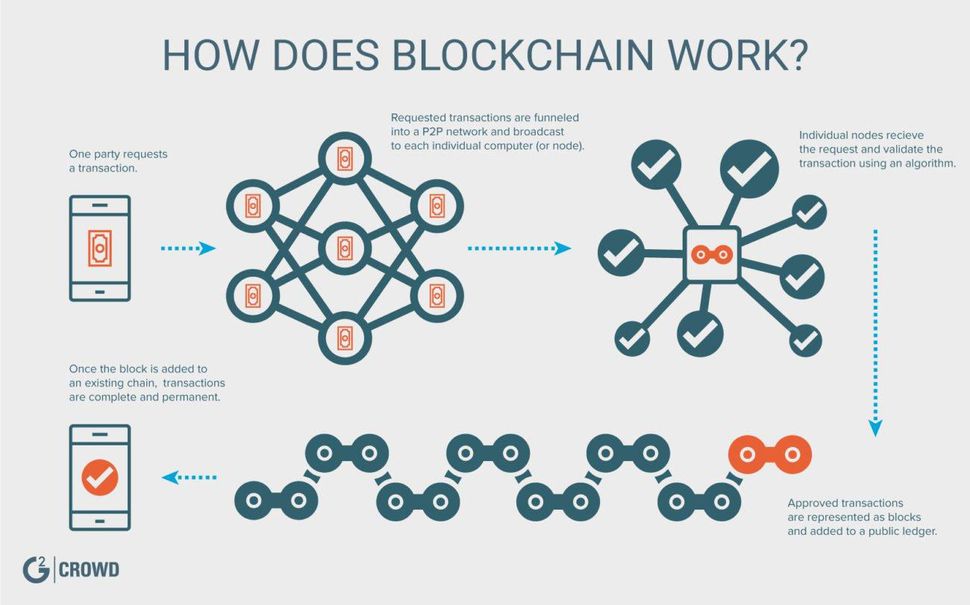 Bitcoin, the prime mover of Blockchain technology, is a worldwide ledger and yet extremely complicated and no one definition fully encapsulates it. By analogy, it is like being able to send a gold coin via email. Bitcoin is the first decentralized digital currency. Bitcoins are digital coins you can send through the internet. It is a consensus network that enables a new payment system and complete digital money. Bitcoin technology, also known as Blockchain technology is the shared public ledger on which the entire decentralized, distributed peer-to-peer Bitcoin network relies. All confirmed transactions are included in the Blockchain so that the Bitcoin wallet can calculate the spendable balance and new transactions can be verified. 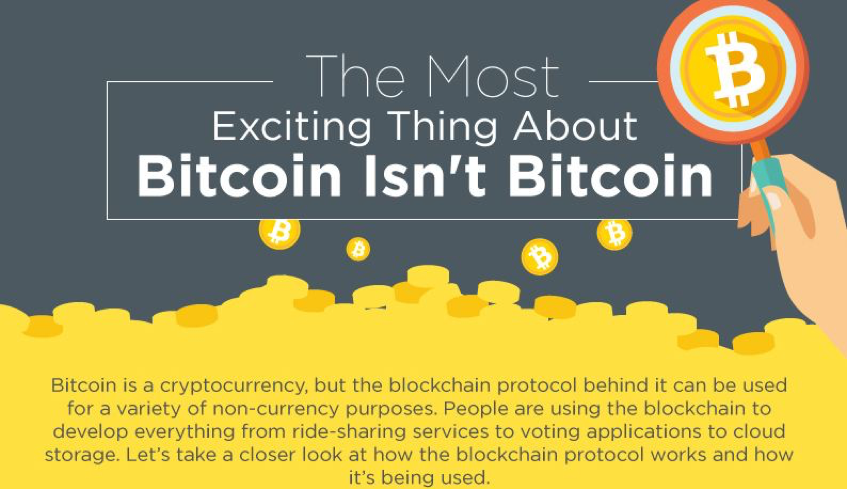 One of its major advantages is that it is the first decentralized peer-to-peer payment network that is powered by its users with no central authority or middlemen. Indian companies are also assimilating the Blockchain technology to provide better financial services. After making a splash in the telecom sector with its free offers and hyper-competitive tariffs; Reliance Jio Infocomm Ltd plans to create its own crypto-currency, JioCoin.